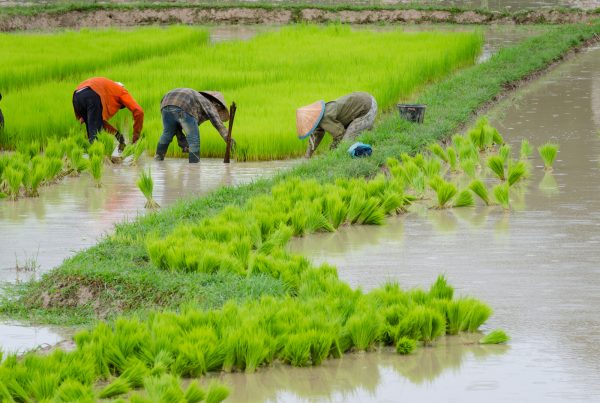 A candid report in a sedate state-run newspaper hints at the seriousness of the country’s economic crisis.

Today, the Vientiane Times, Laos’ state-run English daily, published an alarming article examining the impact that the country’s ongoing fuel crisis is having on the country’s farmers.

For the past few months, the nation has been hit by rising global oil prices and a weakening local currency, which have led to a steep rise in the price of fuel and widespread shortages. In April, petrol and diesel prices rose 72 percent and 96.6 percent year on year respectively, according to statistics cited by Asia Times, while motorists in the capital Vientiane were forced to line up for hours at petrol stations.

According to the Vientiane Times article, the shortages are beginning to be felt in rural areas, disrupting the rice planting season. “Farmers across Laos are in desperate need of fuel and are pleading with the government to find an urgent solution to the ongoing shortage,” the article says. It adds that villagers in Khammuan, Vientiane, Savannakhet, and Luang Namtha provinces “have been unable to get their crops in the ground as planned because they cannot get the fuel they need, while pumps at some petrol stations have run dry, meaning that many motorists are unable to use their vehicles.”

It said that many farmers “have grave concerns about how they can survive and that their livelihoods are at stake.” It also cited a social media post from a man in Vientiane province, who said that the rising cost of fertilizer “has led to some farmers abandoning their fields this year.”

Laos’ fuel crisis has resulted from the rising global oil prices, a side effect of the Russia-Ukraine war. It has been worsened by the depreciation of the Lao kip, which has dropped from 9,370 kip to the U.S. dollar in September to 13,950 kip as of yesterday, pushing up the price of fuel imports further.

These factors have resulted in importers being unable to purchase adequate amounts of fuel. State importers said last month that they are only currently able to import around a sixth of the country’s monthly fuel needs. This crisis comes on top of the impacts of COVID-19, which have pushed the country into an increasingly serious debt crisis.

As surprising as the news was the fact that such a candid assessment was published by the normally wooden Vientiane Times, which spends most of its time “covering” the speeches of leading politicians and avoiding politically controversial subjects.

As one Laos-focused academic noted on Twitter, the article was “a remarkable recognition of public frustration” on the part of the newspaper, and an oblique hint at the seriousness of the crisis. In this sense it was similar to the article published by the newspaper last December, bearing the straightforward headline “Govt in need of massive financial support,” which covered comments by Finance Minister Bounchon Oubonpaseuth to the National Assembly detailing the country’s dire debt situation.

The article’s publication also suggests that the government’s efforts to relieve the crisis, including a reduction in its fuel excise tax, government promises of “stronger action to manage currency exchange rates,” and attempts by the Lao Fuel and Gas Association to procure fresh oil supplies, have yet to relieve the pressure. This suggests that if the economic crisis gets much worse, it could evolve into a political crisis.

“Although some officials and fuel companies are attempting to downplay the situation,” the Vientiane Times wrote today, “members of the public are demanding solutions instead of denials that a crisis exists.”