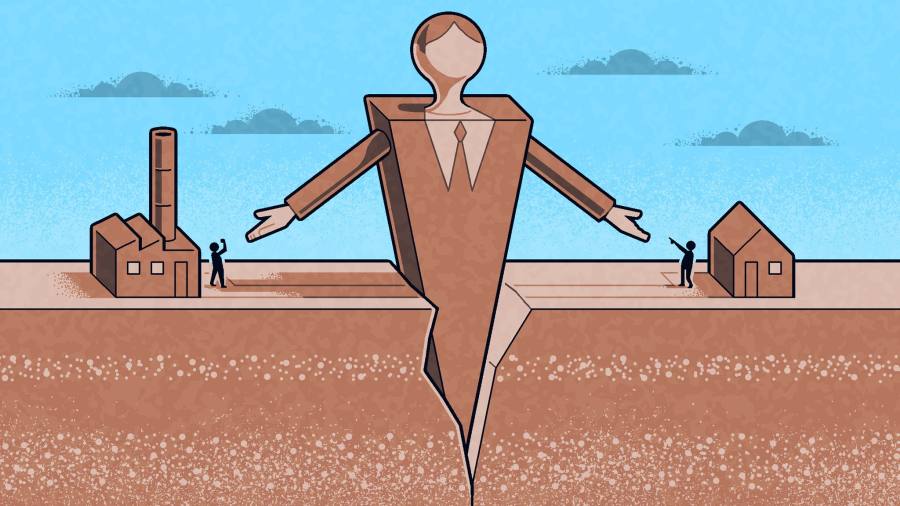 Adam Smith, the father of modern capitalism, famously thought that fair markets required a shared moral framework between buyer and seller. That’s no surprise, considering that his ideas came out of the 18th-century marketplace, in which producers and consumers were likely to be neighbours. Advances in technology, transport and communications have taken us a long way since then, creating complex global supply chains. These have reduced consumer prices but introduced risks of their own, from market-distorting monopoly power to labour exploitation and environmental degradation.

One of the costs of these supply chains — which exist in both physical products and also global capital — has been the rise of powerful corporate middlemen. These include companies like, for example, Cargill, which transports more than 200mn tonnes of food and other cargo a year, and any number of large financial institutions that package complex securities, Big Tech platforms like Amazon, giant retailers like Walmart or even the real estate brokers that intermediate between home buyers and sellers.

These middlemen grease the wheels of capitalism, but also distort it in ways that are undermining our economy and society, argues Columbia University’s Kathryn Judge in her new book Direct: The Rise of the Middleman Economy and the Power of Going to the Source. Middlemen make it possible for us to “buy goods made on the other side of the world, build a diversified investment portfolio, order groceries from the comfort of our couch”, she writes. But this connective power is “undermining accountability” by creating so much separation between buyers and sellers that it’s impossible to tally the real cost of convenience and low prices.

There are plenty of examples to support the case, from textiles made with child labour, to E. coli outbreaks in complex food supply chains, to the disproportionate rents taken by middlemen in financial services or platform technology. In the latter, information asymmetries make it difficult for market participants to have a shared understanding of what’s being bought and sold (another thing that Smith believed was a pre-requisite for well-functioning markets).

Hyper-globalisation and extreme concentrations of corporate power are certainly factors behind market failures from the subprime crisis of 2008 to the supply-chain shortages of recent years. But Judge believes “the growth of the middleman economy” itself is the problem because it disintermediates responsibility, and even morality, within our market system.

Consider, for example, how the landscape of public company stock ownership has changed in recent decades. In the US in 1950, only 6.1 per cent of such stock was held by institutions — the rest was owned outright by individuals who voted on matters such as who should sit on a board. Today, institutional middlemen like pension funds, mutual funds, hedge funds and so on, own 70 per cent of those shares. Most use two other large middlemen, the proxy advisers ISS and Glass Lewis, to tick the boxes on corporate voting matters despite efforts by the Securities and Exchange Commission to crack down on such “robovoting”. All this makes real corporate social accountability difficult.

There are many other such examples. Is it any wonder that after decades of a market system controlled by middlemen focused on lower costs, higher risk adjusted returns and “efficiency”, we have more financial volatility, a growing number of supply-chain disruptions and a warming planet?

The two big questions are how to create system change and who will bear the cost of it. There are no silver-bullet answers for either, though technology offers new possibilities to connect buyers and sellers. The rise of peer-to-peer lending, direct-to-consumer retailers and 3D printing which allow for shorter supply chains are all examples of this, though none currently provides anywhere near the scale to replace current systems of finance or manufacturing.

A better and clearer tallying of the input costs of our current market system might help. Just as the now infamous 18th-century block print of a slaveholding ship showing humans packed foot to head in horrible conditions shifted how average individuals saw their sugar bowl, so the increasing amount of research revealing the correlations between things like cheap food and obesity, or fast fashion and landfill dumping, or complex securitisation and predatory lending, could help create demand for a fairer and more sustainable market system today.

The challenges of inflation (which will push some consumers and policymakers back towards low prices as the sole metric of wellbeing) and inertia will be powerful headwinds against system change. Yet it’s important to remember that it is already happening in some areas, albeit slowly. As Judge, an expert in financial regulation, points out, we are only just beginning to process, some 15 years on from the 2008 crises, how cutting layers of complexity out of lending systems has led to more stable banks and less indebted consumers.

Just as the subprime crisis led us to examine the costs of middlemen in finance, so today’s supply chain disruptions may force us to calculate the true cost of low prices in other goods and services.