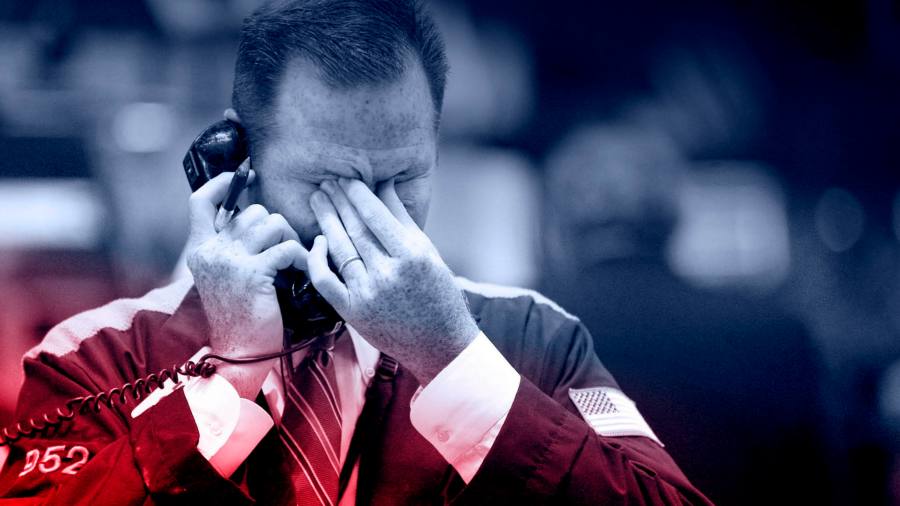 This article is an on-site version of our Unhedged newsletter. Sign up here to get the newsletter sent straight to your inbox every weekday

Good morning. It appears Unhedged has become, for the time being, a column about the gilt market. This is an odd position for a Wall Street column to find itself in. But the gilt drama is emblematic of the sorts of things that happen at moments like this one. The plot is universal, even if the players are local. Email us: robert.armstrong@ft.com and ethan.wu@ft.com.

Why the BoE is rolling the dice

“My message to the funds involved and all the firms is you’ve got three days left now,” Bailey said at the Institute of International Finance annual meeting in Washington on Tuesday. “You’ve got to get this done.”

That’s Bank of England governor Andrew Bailey yesterday, telling the market in firm tones that the BoE’s special bond-buying operation would end, as planned, on Friday. This is a gamble, if a calculated one, by Bailey and the BoE. Will it pay off?

If you are catching up with the gilt drama now, it runs as follows:

Why would Bailey take the chance of offering the market an ultimatum at such a sensitive time, putting the bank’s credibility on the line? If the market is still in disorder on Friday, what will happen? It’s not clear, but it might be ugly. The pound/dollar exchange rate saw the risks in Bailey’s gambit, and swooned:

It is important not to read too much into this. The pound is still above the levels ($1.07 or so) that it hit immediately after the UK’s “mini” Budget was announced. But still: spooky.

The only justification for taking this risk that Unhedged can get its head around is that the BoE is acutely focused on its inflation mandate. It will not tolerate even the appearance that it is continuing quantitative easing by new means or, worse, is indulging in outright yield-curve control.

This may be a stand worth taking. UK CPI rose at a 10 per cent annual rate in August, and just yesterday employment figures made clear that the labour market remains very tight indeed.

It should be noted, however, that the BoE has now put two challenges to the market. The Friday time limit is one. The other is that the bank has made it clear that even while the bond-buying persists, it is quite prepared to quibble with sellers over price. We noted in yesterday’s letter that, at least before Tuesday, the bank’s buying of bonds fell billions of pounds short of its self-imposed purchase limits. It has described which offers it will accept as follows:

The Bank . . . reserves the right to set a maximum price/minimum yield that will be applied to auctions. These reserve prices/yields are reviewed ahead of each auction to ensure consistency with the backstop nature of the scheme.

The Bank is studying patterns of demand and will continue to use reserve pricing in order to ensure the backstop objective of the tool is delivered. In addition, the Bank stands ready to adjust any of the other parameters of the auction in order to secure that objective.

Without parsing exactly what this might mean (several people close to the gilt market told Unhedged they are not perfectly clear on this) we can say for sure that this is very far from “whatever it takes”. The BoE is evidently concerned that the pension funds might use the scheme not for emergency liquidity, but to secure favourable prices for their bonds. “They do not want the market taking the piss,” as one observer put it to me.

It is not clear that a bit of price insensitivity in a temporary bond market intervention is much of a threat to the bank’s price stability mandate. But if the bank is concerned, not just about inflation, but about preserving the appearance of independence from the government — if it is worried about the accusation that it is “monetising the debt”, or something similar — then its parsimony about price makes more sense.

Behind Bailey’s ultimatum may be the view that, while the pension funds have a liquidity problem, they are not in absolutely dire straits. The thinking could be: if you are not willing to take the prices we are offering by Friday, you must not really need our help. And this may be quite right. Remember that in the long run, higher interest rates are good for pension plans, because they lighten the plans’ liabilities.

But even if the pension plans are not all that desperate, there is a chance the stand-off causes a nasty financial accident. This is how Edward Al-Hussainy of Columbia Threadneedle summarises the worst-case scenario:

The Bank of England entered the market, which is dislocated because of the pension funds’ need for liquidity. It says, you guys are desperate, sell at today’s low prices; we’re not paying you what the bonds were worth two weeks ago. But the pension funds really don’t want to be forced sellers and crystallise losses on their bonds. They say, this market is going to be better next week, we’re not selling here.

So, hypothetically, the pension funds might not sell and the Bank might not buy. And next week, the BoE is out of the market. Let’s say yields go up again. The pension funds face another margin call. But there is no BoE this time, and the funds have to liquidate at even lower prices . . . this is how a liquidity problem can turn into a solvency problem.

The threat of solvency issues at pension funds could force the BoE right back into the market, with its reputation in tatters. Fighting moral hazard is well and good. But there is a lot at stake here.

Good news, then, that the intervention seemed to work pretty well on Tuesday. The BoE bought just under £2bn in inflation-linked bonds and £1.4bn in vanilla gilts, its biggest day yet. Yields on 10-year linkers fell 5 basis points, and 30-year bonds, both standard and inflation linked, saw relatively modest yield increases.

Maybe the market is getting in line when it matters. Mr Bailey had better hope so.

The bid-ask spread is wide in taupe suede leather Birkenstocks.

Recommended newsletters for you

Cryptofinance — Scott Chipolina filters out the noise of the global cryptocurrency industry. Sign up here

Swamp Notes — Expert insight on the intersection of money and power in US politics. Sign up here

How To Become A Personal Trainer Online For Free? Step-By-Step Guide