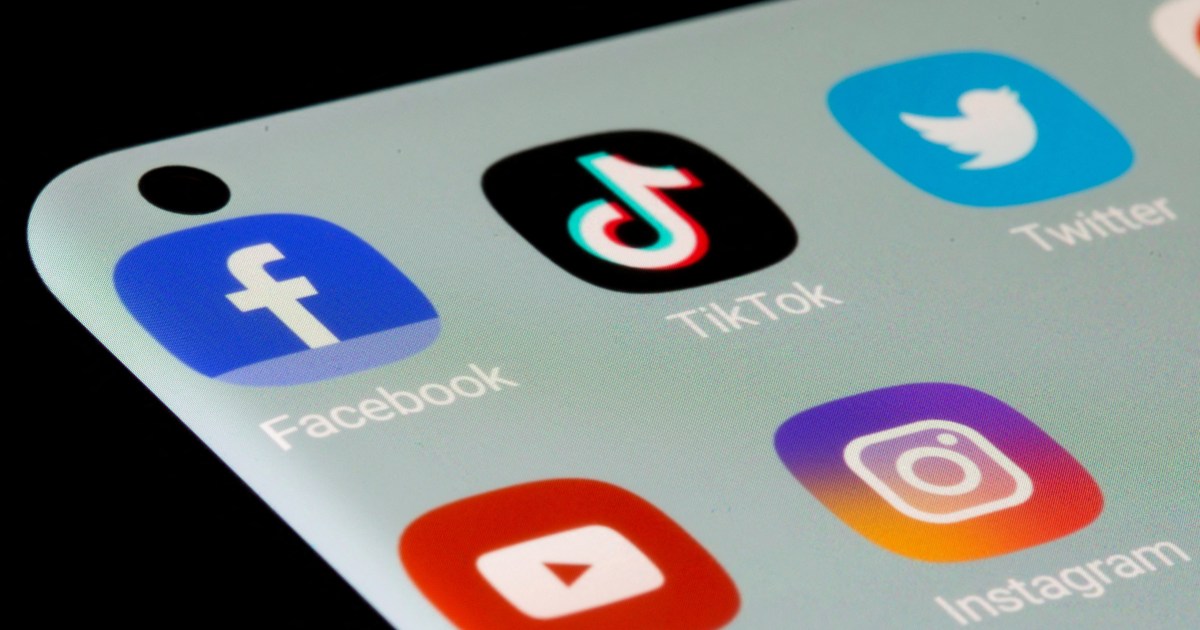 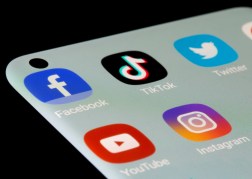 Today videos and their watchers are stuck. Large video-sharing companies like YouTube and TikTok seek to ensure that users watch and share videos (as much as possible) on their platforms alone. Technically, videos are collections of various data that together contribute to the viewing experience. The most basic of this data—titles, descriptions, and recordings—is usually shared, but a myriad of other metadata is not often disclosed. For instance, user “likes” and behavioral tracking inform algorithmic recommendations, while comments and subscriptions link users to their preferred creators and communities. TikTok and YouTube refuse other platforms access to this information, which makes it hard for their competitors to produce a similar quality service. As a result, though videos can be shared almost anywhere, most are still consumed on just these two platforms.

Because video data is hard to transport, viewers and creators have little incentive to switch services. Some of the data kept within the platforms of TikTok and YouTube is that which a user creates after using the service over a period of time. On YouTube, the long list of creators a user subscribes to can take weeks or even years to curate. This process results from both human exploration and algorithmic recommendations derived from engagement. Over longer periods of time, a user might also make playlists and become part of specific digital communities. These fragments of information—followers and subscriptions, likes and content preferences, playlists and comments—are important inputs to the user experience for big video-sharing platforms. But outside of YouTube and TikTok, such curated, collected, and subscribed data can go missing, resulting in user losses when switching services. Users, like videos, are stuck.

Why would users want to switch when few, if any, video-sharing platforms can match the quality of YouTube and TikTok? This objection gets the problem backward: Even without alternative platforms, switching is desirable because it is a precondition for those alternatives to emerge. Competition is only possible when smaller platforms can realistically take users from their big rivals. In the last few years, TikTok got its start with children and teens. These early adopters did not face the same switching costs most users experience today. They simply had yet to spend years accumulating data on a particular service, which enabled TikTok to emerge with its popularity and strong user base. Along the same vein, lower switching costs across the board would boost competition for other groups of users.

When it comes to digital systems, one can easily be blinded by the status quo. Indeed, despite the recent wave of skepticism, platforms like TikTok and YouTube are marvels. They have birthed spectacular amounts of human expression and association. But in today’s digital market, the big video-sharing platforms have co-opted digital communities for their economic gain, making it more difficult for smaller and more diverse platforms to offer enhanced tools that improve users’ video experiences.

Further, tremendous social costs result from stagnant video-sharing markets. For example, TikTok and YouTube design their services to hoard valuable video data and work hard to exclude rivals from commensurate access. These actions occur via design strategies that strategically limit what user data their platforms share with (potential) competitors (often using consumer privacy as a pretext). There must, therefore, be some process for external oversight of how big video-sharing platforms enable their services to interconnect with others. An important priority of this oversight should be encouraging design decisions that enable users to switch easily. For video-sharing platforms, this will likely involve requiring platforms to cooperate on developing features that give users more control over their data.

At hand in these and other concerns is data portability. As a regulatory priority, portability seeks to make it easier for users to transfer their personal data quickly and easily between digital services. In the United States, many advocates have called for data portability requirements, and a version of the policy was included as a provision of the European Union’s comprehensive privacy law in 2016. While these efforts have so far been innovative, they have not been highly successful. Data portability has failed to gain traction among legislators in the United States, and requirements implemented in Europe are too weak to meaningfully empower users. It is worth dwelling on this European policy for the moment.

These rights appear to be general and rather open-ended, without clear specifications for how they should be applied in the context of video sharing.

European law does not currently give regulators much in the way of guidance or resources to answer this question. The provision enumerating European citizens’ data portability rights is a mere 16 lines long. As such, platforms have taken the lead in implementing data portability features for their users. Their answer has been opening web portals where users can download their personal data.

Unfortunately, downloading large amounts of data is a cumbersome process. For example, on Google’s web portal, one first has to choose among 46 different services, and even when selecting just video-sharing (YouTube Video and Music), the interface notes that export “can take a long time (possibly hours or days) to complete.” Even if users can overcome this inconvenience, there is no support for uploading this data or having it transmitted to another service. This one-time download places the burden of portability almost entirely on the user, so it does not make switching much easier. Many steps of porting data—from it leaving one platform and arriving in another—are neglected. As a result, one-time downloads are not very helpful for switching.

Another way of expressing this idea is that industry standards must be developed for data portability. An industry standard, according to Gregory Tassey, is “a set of specifications to which all elements of products, processes, formats, or procedures under its jurisdiction must conform.” If videos are to be made portable, some actor (or actors) will have to develop a set of specifications for video-sharing platforms that make it easier for their users to switch. These specifications would, at minimum, have to include design requirements concerning the scope, mechanism, and format of data being ported. These standards would be complex and have to tackle many challenges, ranging from procedures for data sharing to protecting user security and privacy.

If implemented poorly, standardization of video-sharing platforms could be an invasive and costly affair. However, at this juncture, video sharing is a mature technology. TikTok and YouTube’s internal systems for data sharing are entrenched and well-established. Forcing massive, sudden change upon these systems could cause enormous disruption. No one would benefit from shutdowns of these platforms like that of Facebook in late 2021. The standard-setting process would have to account for these technical realities. One option could be to create a standard that mimics YouTube and TikTok’s existing structure as much as possible but enables (potential) competitors and third parties to interoperate with the big platforms. As this standard sparked competition and saw greater use, it would gain traction and enough buy-in from industry to induce gradual change in the big video-sharing platforms without shocking the systems outright.

If standardization of video sharing were to move forward, there are compelling reasons why it must also involve government. Though setting industry standards has long been common practice in the private sector (e.g., over the internet’s TCP/IP protocols and recently the Metaverse), firms with market power can steer innovation in a direction that perpetuates concentration. While all firms in the video-sharing market benefit from improvements, for instance, in better security technologies, data portability would make valuable user data broadly available for other services, thereby disincentivizing big platforms from investing in it. Though society would likely benefit from greater data portability, video-sharing platforms like YouTube and TikTok would not, and they have sufficient market power to nip effective technologies for data portability in the bud. In short, concentration has spawned collective action problems that make data portability arising out of the private sector unlikely.

The political economy of big platforms likely explains why there is significant underinvestment in features to help users port their data. Nominally, video-sharing platforms have been developing standards for data portability. In 2018, YouTube’s parent company, Alphabet, helped establish the Data Transfer Project (DTP), an industry consortium supporting the development of open-source portability standards. However, for a market worth hundreds of billions of dollars, investment in this initiative has been weak, and after five years, it has not generated significant buy-in from industry. Earlier this year Alphabet pledged a mere $3 million and “hundreds of hours” of engineering time to the project. This investment is worth just over .01% of the revenue ($24.8 billion) Alphabet earned from YouTube last year.

What governments can do

Governments must step in and mandate development of standards that can realistically catch on across the industry. A useful analog for this process is the United Kingdom’s Open Banking initiative, which developed portability standards targeting the banking sector. Starting in 2017, the British government obliged the U.K.’s nine largest banks to cooperate on development of an industry standard that would allow consumers to easily transfer their financial data between banks and (authorized) third parties. This industry standard involves specifications for the definition and storage of financial data, mechanisms of its transfer, and security systems. After five years, Open Banking is revolutionizing the British financial sector.

A similar process could be created in the United States for video sharing. The federal government could require YouTube and TikTok to cooperate with their competitors in creating standardized channels for users to port their data. While this process would surely be complicated, Open Banking offers a successful template for government to navigate risks. Before Open Banking went into effect in 2018, the U.K.’s competition authority spent several years collaborating with Britain’s banks to develop standards. Regulations then entered a phase of “Managed Roll Out” where, over the course of several months, large financial services and then smaller businesses adopted the standard. Earlier on in the process, the government had also established an independent organization, the Open Banking Implementation Entity (OBIE), to maintain standards in the long run.

Today, Open Banking sees growing use and is beginning to catch on as the dominant standard for financial transactions in the U.K. Open Banking has been successful because the British government served as a counterweight to industry in driving technological change. Absent its intervention, the balance of power would likely have remained with industry, and the development of new financial technologies may have been slowed. This success demonstrates that governments can play a role in setting standards for data portability. It is likely that similar government-driven efforts in the video-sharing market could succeed where the private sector has failed.

Such standards would carry tremendous benefits for competition and user power. As attested by the wave of fintech services that cropped up after Open Banking, greater data portability would weaken the control of TikTok and YouTube over user data, thereby opening it up for processing by innovative firms. Such a system would also make it easier for new video-sharing platforms to win the patronage of users because they could switch more easily. This newfangled power would have knock-on effects on privacy as users take away access to their data from services that do not adequately protect it and give it to platforms that do.

Google and Meta are general unrestricted donors to the Brookings Institution. The findings, interpretations, and conclusions posted in this piece are solely those of the authors and not influenced by any donation.

When the Family Is Abolished, People Starve

The 9 Best Free Budgeting Apps To Help You

The 9 Best Free Budgeting Apps To Help You