Are New Yorkers Back in the Office? It Depends on Who’s Counting 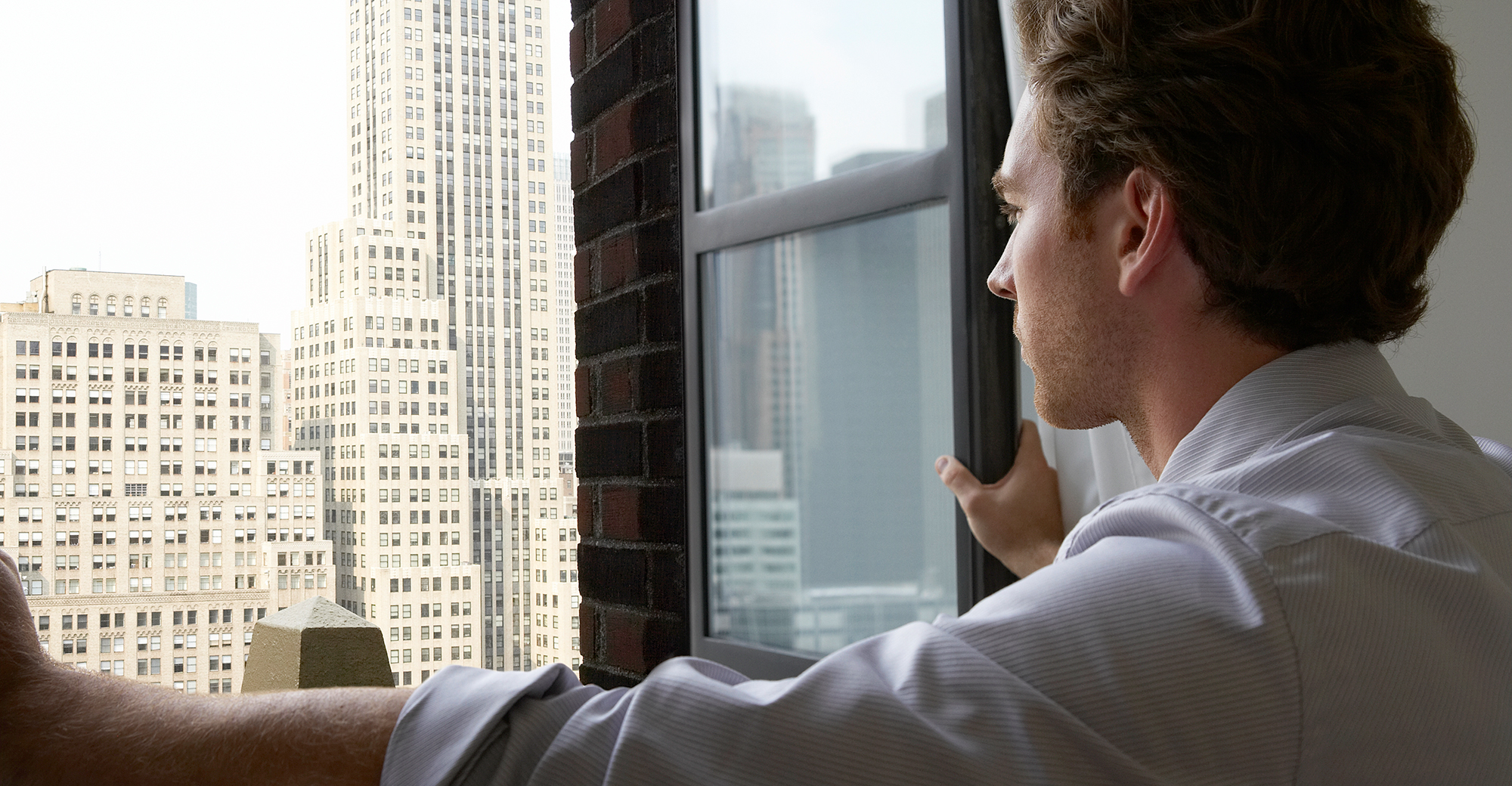 (Bloomberg) –From security-badge swipes to cell-phone pings to lunchtime salad orders, there are many ways to track New York City’s return to the office. None of them are perfect, some are misunderstood, and a few are new to the game, so here’s a quick rundown of the return-to-office (RTO) data providers.

Probably the best-known RTO tracker, security company Kastle Systems Inc. provides building-access swipe cards to employees at over 2,600 office buildings in 138 cities, logging their movements in and out each day. In October 2020, Kastle started anonymizing and aggregating swipe card data from their buildings across 10 of their largest markets, christened it the “back-to-work barometer” and began publishing it weekly. Kastle says it has the “largest continuous data set following return to office activity,” and a big advantage is that it’s based on what people actually do, rather than what they think. It also picks up on regional variations in remote work, showing how workers in San Francisco, say, have been markedly slower to return than those in another technology hub, Austin.

Kastle shows that New York occupancy surged nearly ten percentage points after Labor Day, when many bosses set forth new RTO mandates, yet has stagnated since then. It stood at 47.2% for the week ending Nov. 9, just below the national average of 47.5%, which also hasn’t budged in two months.

It’s important to note, though, that plenty of desk workers weren’t coming to the office five days a week even before the pandemic hit: According to Relogix, which provides occupancy analytics for organizations, New York City workspaces had an average occupancy of 80% in September 2019, which translates to four days out of five. In September of this year, that’s down to 53%.

Critics say Kastle only counts movement in and out of buildings it serves, which leaves out many workplaces, including some managed by the Big Apple’s major landlords. Take Rudin Management Co., which says that occupancy across its 13 buildings is around 65% since Labor Day. On top of that, not every New Yorker works in a high-rise building, and those who do are more likely to have a white-collar job that allows working from home. And while Kastle’s New York City index is primarily composed of 269 Manhattan buildings, there’s a smattering of offices included outside the city. Still, it’s become the de facto standard, even getting mentioned by New York City Mayor Eric Adams.

Placer.ai is the new kid on the RTO block, but it’s not new to tracking people. For several years, the Israeli startup has supplied valuable foot traffic information and analytics on retailers like Walmart Inc. and Target Corp. via a panel of more than 30 million cell phones and other mobile devices.  It’s now crafted an index of office foot traffic based on hundreds of buildings in big cities, including 70 in Manhattan. A city as dense and busy as New York creates a cacophony of cell-phone pings, so there’s no guarantee that everyone picked up by Placer.ai is a bona fide employee.

Placer.ai estimates both the total number of visits and the amount of individual office visitors compared with the same week in 2019, before the pandemic. Doing so for New York last month reveals a contrast that speaks to the shifting patterns of hybrid work. On one hand, the three-year difference in overall office visits widened in October compared with previous months, but more unique visitors went into offices in October versus September. Why? The company says some workers may have gone from three days in the office a week to two — reducing total visits — while others may have shifted from fully remote to a hybrid schedule, thus boosting the count of individuals.

There are other quirks that make comparisons between data providers difficult. For instance, Placer included Monday, Oct. 10, Indigenous Peoples’ Day, in its work week but Kastle didn’t. That inflated Kastle’s occupancy data for that full week, as Monday is a popular day to work from home, so excluding it lifted the weekly tally.

“Many workers and employers are still figuring out how to make the hybrid model work for them,” Placer.ai’s vice president of marketing Ethan Chernofsky said in a Nov. 8 blog post. “As companies continue settling into the new normal and the temperatures continue to drop, the office recovery may enter a new phase — more people visiting the office, but doing so less frequently.”

The business lobby group surveys about 160 Manhattan-based firms every few months about their return to office, and about half of the respondents hail from financial services or real estate. Self-reported surveys aren’t the most accurate, but the partnership’s most recent one found that 49% of Manhattan office workers were in the workplace on an average weekday in mid-September, which is just a smidge above Kastle’s figure for the same period.

While Kastle shows New York’s occupancy stabilizing, Partnership Chief Executive Officer Kathy Wylde is optimistic that more city office workers will come back to their desks. “It’s premature to say it’s stabilizing. We’re still in flux,” she said. “For older workers who have either relocated or don’t miss their 90-minute commutes, that has stabilized. But for younger workers who are ambitious, I think that we’re going to see a consistent bias toward being in the office more than not.”

The WFH Research group, co-led by Stanford University economist and remote-work guru  Nicholas Bloom, has tracked the sentiment and behavior of tens of thousands of American workers since the pandemic started. Its data for New York City suggests a trend that counters Wylde’s prediction that more workers are coming back to offices. Bloom’s group found that while New Yorkers worked from home 2.1 days out of the week in the third quarter of 2022, they wanted to be at home a full three days a week, and their employers were planning to split the difference at 2.6 days remote out of five. In other words, the trend is moving to more days at home, not less.

That said, New Yorkers represent a small slice of the nationwide WFH panel, according to Jose Maria Barrero, a professor at Mexico’s ITAM business school and one of the researchers.

During the pandemic, Manhattan’s lunchtime rush dissipated to a trickle. Shake Shack Inc., which has 18 locations in Manhattan, blamed its second-quarter sales shortfall in part on remote work. Lately, though, business has picked up: CEO Randy Garutti said Nov. 3 that Shake Shack saw “strong momentum” in cities like Manhattan in its most recent quarter as back-to-office traffic improved. Just Salad, which has 27 locations in Manhattan, said sales were up “modestly” in October compared with September.

Still, customer traffic is “erratic across the board,” Jonathan Neman, CEO of salad chain Sweetgreen Inc., said on a Nov. 8 call with analysts. “Mondays and Fridays are definitely not the same.”

Many companies used free lunch to lure workers back to the office, and that’s reflected in catering orders at food-delivery service GrubHub, the US arm of Europe’s Just Eat Takeaway. In October, GrubHub’s corporate catering orders nationwide rose over September levels. But it will take more than a free sandwich to get New Yorkers excited about resuming their commutes, which typically involve taking public transport. Data from New York’s Metropolitan Transportation Authority shows ridership on Metro-North trains coming in from the suburbs at about 70% of 2019 average levels on midweek days, and dipping to 60% on Mondays and Fridays.

No matter how you count them, it’s clear that New York’s office workers are coming back — but hybrid work is here to stay.

To contact the author of this story: Matthew Boyle in New York at [email protected]

If you don’t cut your losses, they’ll cut you, says CG portfolio manager

US Banks Are Tightening Lending Standards, Raising Risk of a Recession

Financial Resources for People with Disabilities

Americans Can Save A Lot Of Money If We Want To, Don’t Worry!

Financial Resources for People with Disabilities