Opinion | Wonking Out: How Low Must Inflation Go? 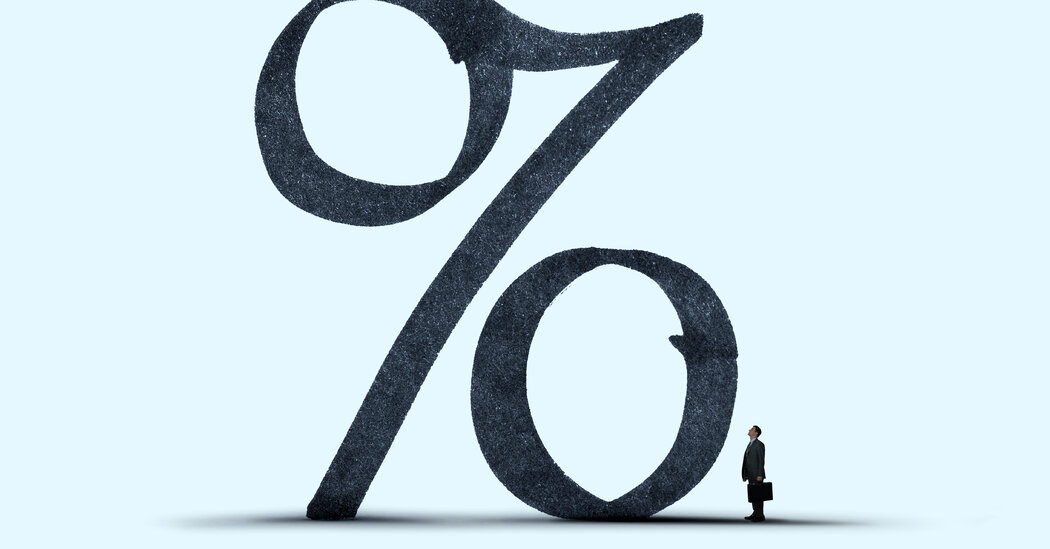 As I pointed out in my latest column, the politics of inflation are dominated by concerns about gasoline and food prices — precisely the prices over which policymakers in general, and the president in particular, have the least influence. Economists, by contrast, usually focus on measures that try to get at underlying inflation, excluding highly volatile stuff like, well, energy and food.

Actually, the traditional definition of “core” inflation — the one usually used by the Federal Reserve — which excludes only energy and food, has been problematic in the post-pandemic era. Why? Because we’ve been seeing some wild fluctuations in other prices, like used cars. So there’s growing emphasis on other measures of core inflation, like the Dallas Fed’s “trimmed mean” measure, which excludes extreme price movements in either direction. You can see the difference in this figure, which shows three-month rates of change in the two measures since 2020 (month to month is too noisy, whereas annual changes lag too far behind events):

Traditional core inflation has been highly variable, the alternative measure less so. Both measures, however, have eased off lately. It looks as if underlying inflation is running at something like 3.5 to 4 percent.

Easing inflation is good. But we’re still well above 2 percent inflation, which the Fed and other central banks have traditionally seen as their target. And the Fed is set to continue tightening until that target is hit.

So why is 2 percent the target? I’m not going to crusade against the 2 percent solution. But anyone interested in economic policy should know that the history of how 2 percent came to define “price stability” is peculiar, and that the argument for keeping that target is grounded less in straightforward economics than in almost metaphysical concerns about credibility.

One way to see the peculiarity of 2 percent is to take a longer view of inflation, going back to 1984, the year of “morning in America.” At the time, the United States was experiencing rapid economic growth because the Fed, which had squeezed the economy extremely hard to end double-digit inflation, had relaxed monetary policy because, in its view, inflation had been vanquished. By 1984, and for the rest of the 1980s, the Fed felt comfortable about inflation because it was running at around only 4 percent:

The point, of course, is that during Ronald Reagan’s second term, America’s underlying inflation rate was roughly what it is now. Yet policymakers were strutting around boasting about their victory over inflation, and the public didn’t see inflation as a major concern:

So how did 4 percent inflation come to be considered excessive and 2 percent acquire sacred status? It’s a long story, in which New Zealand, of all places, played a crucial role.

But the short answer is that 2 percent seemed to offer an easy answer to a dispute between economists who wanted true price stability — zero inflation — and those, including a guy named Larry Summers, who thought we needed somewhat positive inflation to preserve the Fed’s ability to fight recessions. The stable-price crowd was willing to believe that 2 percent was actually zero, because conventional inflation measures understated the benefits of technological progress. The room-to-act crowd believed that 2 percent was high enough that the Fed would rarely end up cutting interest rates all the way to zero and finding that it wasn’t enough.

As it turned out, however, this latter judgment was all wrong. The Fed and other central banks have spent much of the past 15 years with interest rates as low as they can go, desperately seeking other tools to stimulate their economies:

As a result, a number of economists have suggested that the inflation target should be raised. For example, in 2010 Olivier Blanchard, then the chief economist of the International Monetary Fund, made the case for an inflation target as high as 4 percent. I made similar arguments to the European Central Bank a bit later.

None of these arguments got much real-world traction, however, perhaps because central bankers weren’t convinced that a higher inflation target would help them very much. But right now we face a different question: How much are we prepared to pay to get back to 2 percent?

Again, if the Fed were to apply the standards that prevailed in the 1980s, it would consider the current rate of inflation acceptable and declare victory. Instead, it’s putting a squeeze on credit markets and risking at least a mild recession to get us down to 2 percent from 4 percent. Why? It’s not because there’s a compelling economic case. As Blanchard and his co-authors asked back in 2010, “Are the net costs of inflation much higher at, say, 4 percent than at 2 percent?” There’s no real evidence to that effect.

As best I can tell, the main reason Fed officials are insistent on getting back to 2 percent is concern about credibility. They fear that if they ease off at, say, 3 percent inflation, markets and the public will wonder whether they will eventually accept 4 percent, then 5 percent and so on. One reassuring aspect of the current bout of rising prices is that longer-term inflation expectations have remained “anchored,” so that there are no signs of a 1970s-type wage-price spiral. Giving up on the 2 percent target might risk losing this anchor.

Being honest, if I were a decision maker at the Fed, I would probably have the same concerns. But it seems important to realize that if we are about to have a recession, which is certainly possible, it won’t be because hard economic considerations require that we squeeze inflation all the way back down to 2 percent. What we’re seeing instead is monetary policy driven by softer, vaguer concerns about credibility. We live in peculiar times.