what can we learn from SMEs’ investment behaviour during and after the Global Financial Crisis? – Bank Underground 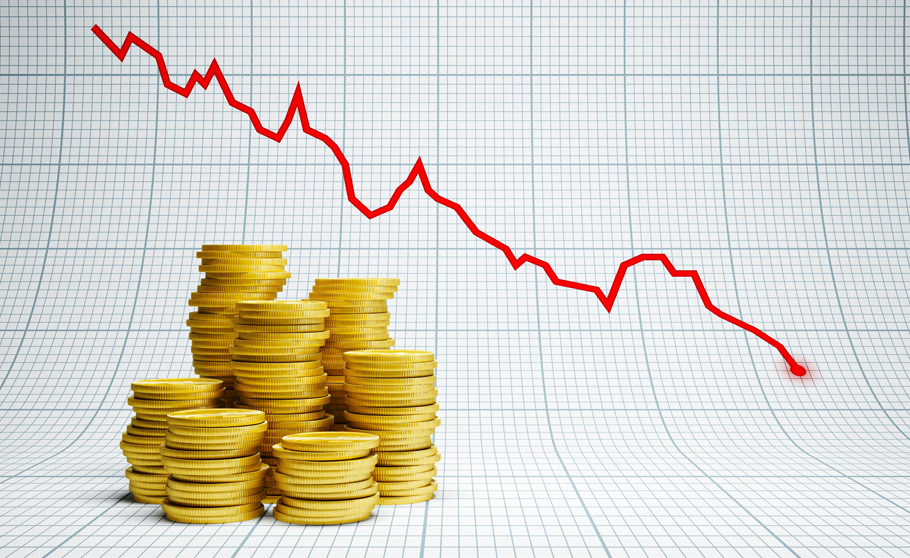 Many UK firms weathered the Covid shock by taking on debt. Small and medium-sized enterprises (SMEs) in particular borrowed at an unprecedented rate and their debt increased by around a quarter since end-2019. But debt that allowed SMEs to survive the pandemic could now hamper the recovery as indebted firms may struggle to invest and grow. Debt on SMEs’ balance sheets could also make firms more vulnerable to future shocks and could amplify downturns if indebted firms reduce investment more following shocks. To understand how investment might evolve, our recent FS paper examines how leverage affected SME investment during and after the Global Financial Crisis (GFC) and discusses potential differences given regulatory and other changes since the GFC.

Debt can help firms bridge liquidity shortfalls and finance productive investment. This allows them to build capital stock faster than relying solely on cash buffers, earnings or equity finance. But it can also make firms vulnerable and lead them to cut investment expenditure by more than firms with less leverage following shocks (see Kalemli-Ozcan et al). Leveraged firms with high debt service burdens may not be able to fund investment during downturns when earnings fall and credit conditions tighten, especially for riskier borrowers. But leveraged firms may not only be more constrained by credit supply. Demand-side factors could also reduce investment by leveraged firms: Firms with more leverage may suffer from ‘debt overhang‘ and be reluctant to invest if the returns on investment accrue to debtors. The debt overhang problem can be aggravated during downturns when returns on investment are lower. Highly indebted firms may also choose to forego investment in order to deleverage and to rebuild their balance sheets when vulnerabilities from indebtedness are exposed.

If we classify SMEs by their leverage at the onset of the GFC in 2006/07 and trace out average investment paths of firms in different leverage buckets over subsequent years, a clear pattern emerges: SMEs with higher initial leverage invested less, not only during the GFC but also during the subsequent recovery period (Chart 1a). Differences in fixed asset growth across firms with different leverage ratios during the crisis itself amplified subsequently, resulting in large gaps in firms’ capital stocks by the end of the period in 2014. Firms with leverage ratios below 20% continued to build their stock of fixed assets and invested more than the amounts needed to replace depreciating capital. By contrast, firms with leverage ratios above 20% saw their stock of fixed assets fall over time, with more leveraged firms investing less on average. Investment patterns were very different during the pre-crisis period: Chart 1b shows that the fixed asset stock of firms grew between 2001 and 2006, irrespective of firms’ initial leverage ratios in 2000/01. Furthermore, there was no clear relationship between SMEs’ initial leverage and the strength of their subsequent investment. This suggests that the relationship between debt and investment changes during and after economic downturns.

Chart 1a: Average investment during and after the GFC by SMEs in different initial leverage buckets

Chart 1b: Average investment before the GFC by SMEs in different initial leverage buckets

Note: Firm balance sheet data are sourced from BvD’s Fame database. The chart shows average cumulative fixed asset growth of SMEs in different leverage buckets Leverage is measured by total liabilities to total assets ahead of the GFC (Chart 1a) or in 2000/01 (Chart 1b). The investment horizons range from 2007–08 up to 2007–14 in Chart 1a and from 2001–02 up to 2001–06 in Chart 1b.

We confirm this striking pattern using local projections to estimate how a firm’s investment over different horizons responded to the GFC conditional on its leverage ratio at the onset of the crisis. In our regressions, we control for other factors that could affect investment and could be correlated with leverage including a firm’s size, age, profitability, cash buffers or previous investment.

Chart 2 plots the effect of being more leveraged at the onset of the crisis on investment over different horizons. Investment is captured by fixed asset growth between 2007 and 2014. The results confirm that SMEs with more leverage at the onset of the GFC invested less during the crisis than firms with less leverage. Similar to the evidence by Joseph et al (2021) in their analysis of cash-investment sensitivities, we find that the effect of initial leverage was persistent and increased over time. Our results suggest that an increase in the pre-crisis leverage ratio by 10 percentage points reduced fixed asset growth during the crisis (2007–09) by almost half a percentage point and by 0.7 percentage points between 2007 and 2014.

Chart 2: The effect of a 10 percentage point increase in the initial leverage ratio on fixed asset growth

Note: The solid line depicts the coefficients from regressions of investment over different investment horizons on initial leverage and control variables for a sample of 33,872 SMEs. Investment is measured as cumulative fixed asset growth over 2007–08 up until 2007–14. The chart depicts the effect of a 10 percentage point increase in the initial leverage ratio, captured by total liabilities to total assets in 2006/07.

We also find that this negative relationship was driven by relatively capital-intensive SMEs. For these firms, an increase in the leverage ratio by 10 percentage points was associated with a reduction in fixed asset growth by 0.7 percentage points during the crisis and by 1.6 percentage points between 2007 and 2014. This heightened sensitivity to balance sheet vulnerabilities could be due to the scale, and possibly the lumpiness of the investment expenditure of capital-intensive firms. These firms have to maintain a larger stock of capital and could therefore be more dependent on external sources of finance. Capital-intensive firms make up for the bulk of investment in our sample and their impact on aggregate demand is therefore more significant.

When assessing the effects of different types of leverage on investment, we find that short-term liabilities and short-term bank loans drove the negative relationship between leverage and investment. Firms with short-term debt were exposed to rollover risk and faced the risk that the terms or the availability of credit would deteriorate.

To better understand the underlying drivers of the negative relationship between debt and investment, we also analyze how firms with different leverage ratios adjusted other components of their balance sheets. We find that SMEs with higher pre-crisis leverage subsequently deleveraged more (blue bars in Chart 3) and built up cash buffers and liquid assets (green bars in Chart 3) both during the crisis and the recovery period. Balance sheet repair that accompanied and potentially drove investment cuts by more indebted firms could have been caused by either demand-side or supply-side factors.

Chart 3: The effect of a 10 percentage point increase in the initial leverage ratio on the growth rate of liabilities, debt, current assets and cash holdings

Understanding whether the impact of debt is driven by the inability of firms with high leverage to fund investment (supply side), or whether leveraged firms were less willing to invest (demand side) is important for the design of macroprudential tools to address potential risks from low investment after a shock. Regulatory changes after the GFC that improved bank capitalization, reduce the likelihood of sharp contractions in credit supply following a shock.  But demand-driven underinvestment might instead require borrower-based macroprudential tools targeting corporate borrowers.

While we cannot empirically identify the channels working through demand-side factors, we provide indicative evidence that investment by indebted SMEs during the GFC was constrained by credit supply. We show that deleveraging by firms with higher initial debt was accompanied by increases in the cost of credit for those firms, which is consistent with a reduction in credit supply. Furthermore, we find larger debt-investment sensitivities for SMEs that were customers of banks with weaker balance sheets at the onset of the crisis. Leveraged firms borrowing from banks which had lower liquidity ratios, larger increases in write-offs and higher leverage ratios reduced investment more after the crisis. However, the presence of supply-side effects does not imply that demand-side factors did not also play a role.

Could indebted SMEs slow down the recovery from the Covid shock and amplify future downturns?

Unlike the GFC, the Covid shock was not accompanied by a financial crisis and government loan schemes allowed SMEs to access finance to weather the shock. For the majority of SMEs, it is therefore unlikely that a contraction in credit supply interacted with prior leverage to depress investment since the start of the pandemic. However, if demand-side channels drive debt-investment sensitivities, the additional debt taken on during the pandemic may have contributed to the subdued business investment in the UK since 2020 and could slow down the recovery.

Going forward, both demand and supply-side factors could make indebted SMEs vulnerable to future shocks and lead these firms to cut investment more, amplifying potential downturns. Risks should be mitigated by macroprudential regulation introduced after the GFC which reduces the likelihood of sharp contractions in loan supply. Debt may also constrain investment demand by SMEs less than during the GFC. Much of the additional debt taken on during the pandemic was provided through government loan schemes with low interest rates and long tenure.

Comments will only appear once approved by a moderator, and are only published where a full name is supplied. Bank Underground is a blog for Bank of England staff to share views that challenge – or support – prevailing policy orthodoxies. The views expressed here are those of the authors, and are not necessarily those of the Bank of England, or its policy committees.

If you want to get in touch, please email us at bankunderground@bankofengland.co.uk or leave a comment below.

Eurozone Inflation Hits Highest Level Since Creation of the Euro