Will Turkmenistan Join the World Trade Organization? – The Diplomat 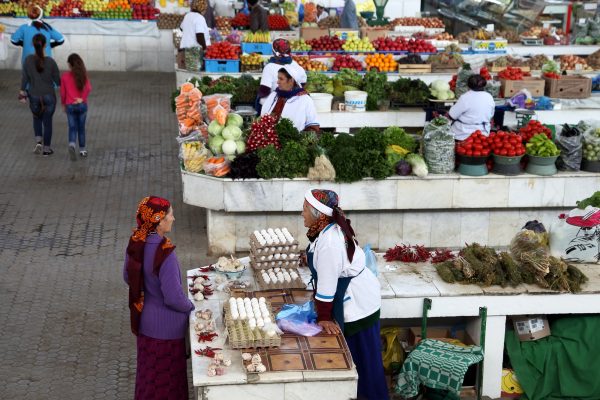 In November 2021, Turkmenistan formally applied to become a full member of the World Trade Organization (WTO). WTO membership can potentially generate higher economic growth and larger volumes of trade for Turkmenistan, which struggles to diversify its economy.

Of the five Central Asian states, three are already WTO members: Kyrgyzstan (1998), Tajikistan (2013) and Kazakhstan (2015). Uzbekistan applied formally in 1994 for membership but has yet to complete the process. Given Turkmenistan’s recent application, it’s worthwhile to set out what has been achieved so far and analyze under what conditions Ashgabat can attain and fully benefit from WTO membership.

What is the WTO?

The WTO is an international organization that aims to ensure the flow of smooth and predictable trade, and maintain it as free as possible so that open trade between countries can benefit everyone. The WTO has 164 members representing 98 percent of world trade. Turkmenistan was the last country in Central Asia and the last of the post-Soviet republics to establish a formal relationship with the WTO. Membership in the WTO requires lowering trade barriers, such as import tariffs and quotas, export subsidies, dumping practices, and other policies harmful to the free flow of international trade. The WTO also serves as a dispute settlement mechanism for international trading partners with membership.

Turkmenistan’s Ambassador and Permanent Representative in Geneva Atageldi Haljanov in a July 2020 meeting with the General Council of the WTO stated that “The growing trends of economic globalization in the modern world have set for Turkmenistan the task to actively integrate into the world economy and the system of international economic relations.”

What has Been Achieved?

The Working Party is a group of WTO members negotiating multilaterally with a country applying to join the WTO and they meet with the acceding country to discuss its application process on a regular basis. In these meetings, the Working Party asks several questions regarding commitments and reforms toward trade liberalization of an acceding country on a policy level. The Working Party established in February has not yet met with a Turkmen delegation. The minimum number of working party members is 12, while the average number is 25. The more members in the Working Party there are, the more scrutiny and questions the acceding member will get. The average number of questions that acceding members get from working party members is around 450.

How Long Does It Take to Become a Member of the WTO?

The length of time between application and approval for WTO membership varies from one country to another. While some countries face tough and lengthy negotiations which can take years to go through, others join in a much shorter period of time. The length of the negotiations depends on the scope of domestic reforms that need to be undertaken, as well as on the number of formal meetings of the Working Party and the rigidity of questions that are being asked by them to acceding countries. For instance, Kazakhstan had to wait 19 years to be admitted into the organization, while it took 12 years for Tajikistan and just two years for Kyrgyzstan. Uzbekistan, on the other hand, started its application process in 1994 and negotiations are still ongoing. The average length of the WTO accession process from application to membership takes around 10 years.

Under What Conditions Can Turkmenistan Fully Reap the Benefits of WTO Accession?

To join the WTO, Turkmenistan has to bring its economic and trade policies in to line with WTO rules and negotiate its terms of entry for WTO membership. This means that Turkmenistan needs to undertake trade liberalization by removing trade barriers such as import tariffs, quotas, export subsidies, dumping practices, and other regulations limiting the free flow of trade. Trade barriers are harmful as they limit the flow of trade and make products more expensive for consumers. This is especially harmful for low-income families. According to a 2020 U.N. report, the average Turkmen family spends 52 percent of its income on food. Arguably that high percentage is due to high food costs, likely a product of high tariffs. Import tariffs rates are not publicly shared by the statistic agency of Turkmenistan, but based on the tariff data for 2002 from the World Integrated Trade Solution (a project of World Bank and UNCTAD), which has not been updated since, tomatoes have tariff rates of 100 percent, onions 100 percent, carrots 100 percent, cucumbers 100 percent, mushrooms 50 percent, cheese 10 percent, and eggs 10 percent.

Rustem Bekmyradov argued in a 2014 paper that resource-rich developing countries should undergo industrialization prior to their WTO accession as they will face tough competition from abroad once they open their domestic markets to international trade. Otherwise, he wrote, they will be dependent on imports of manufactured products from other countries once trade barriers are lifted on those specific goods. According to him, non-industrialized developing countries will find it difficult to industrialize once they join the WTO.

While WTO membership may be beneficial for Turkmen families who would finally be able to access cheaper goods on the international market, it does not look like the country is going to be accepted into the organization soon given the recent experiences of neighboring Central Asian countries. The country has also not yet undergone a large-scale industrialization and accession may prove a difficult challenge for Turkmenistan’s businesses and industrial sector.