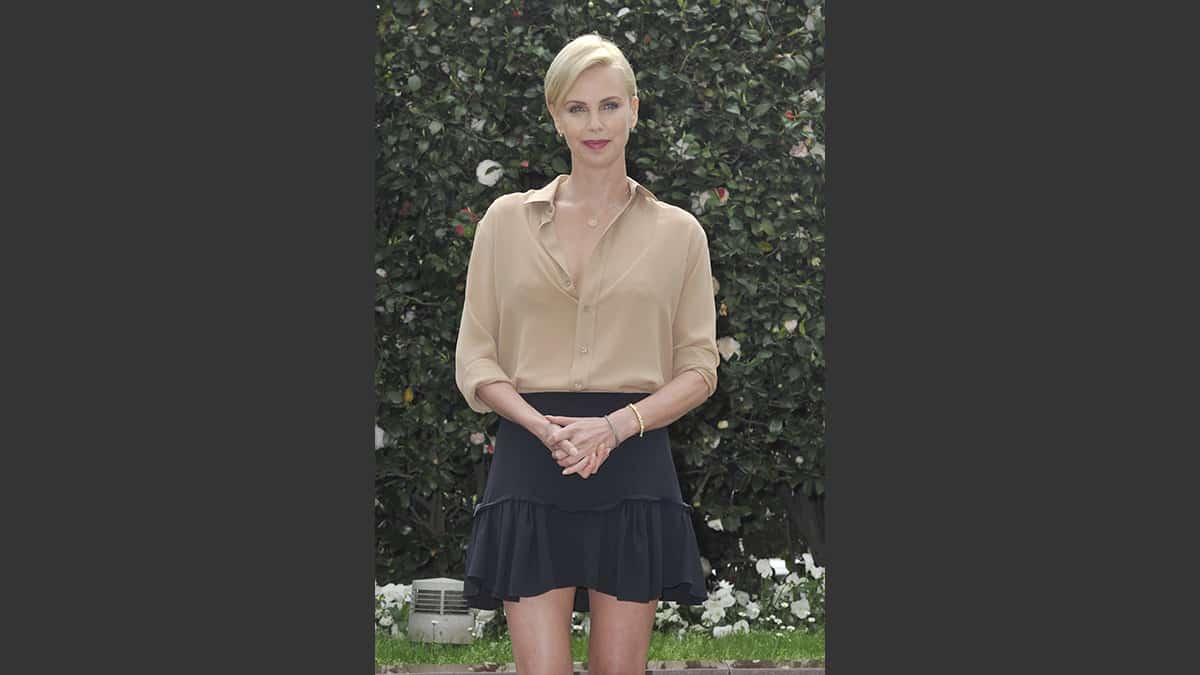 Hollywood isn’t the only source of great action films; Hong Kong would like a word for one. But action blockbusters—Westerns, space operas, crime dramas, and more—have been a staple of the US film industry since its inception. Here are the 25 greatest action blowouts from Hollywood, with enough gun battles, explosions, and hand-to-hand combat to satisfy the most jaded adrenaline junkie.

The small cast and over-the-top ham (especially from Leslie Banks as the hunting-crazed Count Zaroff) make this feel like a cozy. But the pre-code bloody-mindedness adds a suspenseful adrenaline rush, and the chess-game hunt-or-be-hunted plot is built like a tiger trap.

Marshal Will Kane (Gary Cooper) prepares to face down a bandit gang, even though everyone else in town would instead give in. Released during the Hollywood Blacklist, Stanley Kramer’s film is suffused in bitterness and betrayal. The final epic gunfight has a feeling of rueful wish-fulfillment; you can shoot your enemies, sometimes, but the worst wounds are inflicted when those you thought you could rely on simply walk away.

John Wayne rides across the plains and the years like a grim angel of death in John Ford’s epic tale of revenge and genocide. There are fewer gun battles than in many a later Western, but there aren’t many movies as saturated with violence and its threat.

Cary Grant is an everyman who stumbles into an espionage plot that director Alfred Hitchcock is determined to make as improbable as possible. From the cropduster kill scene in a cornfield to the chase up Mt. Rushmore’s (literal) faces, the movie is one cheerily inventive action set-pieces after another.

One of the earliest ragtag-band-of-misfits-on-a-mission-to-save-the-world Hollywood blockbusters and still one of the best. Can our heroes destroy the giant guns on the island of Navarone and save 2000 British soldiers in the process? To find out requires a breakneck rush through hairbreadth escapes, betrayal, dramatic arguments, and the most suspenseful elevator descent in the history of cinema.

Still the quintessential Bond. Sean Connery is at his most feral and dashing, Gert Fröbe as Goldfinger sets the standards for every other oleaginous madman supervillain, and the various seductions and death traps have a snap the series rarely matched again. Plus, one of the all-time themes by Shirley Bassey—“he loves only gooooold!”

Adam West is the perfect embodiment and parody of the nice guy, a good daddy superhero who drinks milk, protects baby ducks and is always prepared with Bat Shark Repellent. Director Leslie Herbert Martinson’s brightly colored comic-book visuals make this one of the most distinctive and best-looking action films around—not to mention the fight choreography’s explosive Bam! B “Some days, you just can’t get rid of a bomb!” iff!

You come for the amazing chase scene through New York city traffic as Gene Hackman tries to run down a perp on an elevated train. You stay for Hackman’s lived-in-till-he-smells portrayal of obsessive cop Popeye Doyle.

It is a beautifully shot, psychologically intense, unrelentingly mean-spirited action picture. Four city men go into the woods seeking adventure and find more death, terror, and humiliation than they bargained for. The sexual assault scene is justly infamous, but director John Boorman and the excellent cast—Jon Voigt, Burt Reynolds, Ned Beatty, Ronny Cox—make practically every scene an exercise in tension, uncertainty, and dread.

One of the first and most extraordinary Black female action leads, ER nurse Coffy (Pam Grier), seeks revenge against Harlem drug dealers for the death of her sister by wearing stunningly revealing outfits, concealing razor blades in her Afro, and blasting bad guys in the groin with a shotgun. Jack Hill’s quintessential blaxploitation picture oozes sleaze and sex, and style. It’s much imitated but rarely matched.

Romance writer Joan Wilder (Kathleen Turner) finds the hero she needs rather than the one she wants in Jack Colton (Michael Douglas) when she travels to Colombia to save her kidnapped sister. This is the perfect fusion of screwball comedy and adventure. The sexy dance scenes are as adrenaline-fueled as the alligator wrestling, and even the drug-running bandits love a good romance novel.

The Princess Bride isn’t generally considered an action film, but Rob Reiner’s storybook goof captures the child-like spirit of open-hearted adventure like nothing else. Also, the sword-fight choreography is absolutely top-notch. Swashbuckling swordplay, matching wits with a Sicilian with death on the line, and miraculous resurrections, all in the name of true love.

Douglas Quaid (Arnold Schwarzenegger) dreams of being an action hero on Mars—and thanks to new brain implant memory technology, he gets his wish. He’s giving you as viewers precisely what you and Quaid both want—a chance to stab pointed objects through the skulls of your enemies, save the world, and cavort with Sharon Stone, Rachel Ticotin, or Arnold Schwarzenegger, depending on gender and preference. A knowing innocence powers Paul Verhoeven’s hyper-violent,  unrelentingly sordid script.

James Cameron’s first Terminator is arguably a better movie, but this is the perfect action film. Linda Hamilton cocking a shotgun one-handed; the opening vision of nuclear annihilation; the still-stunning CGI of the liquid metal terminator—it’s a film that uses all its high-tech resources in the service of human awesomeness.

Still Clint Eastwood’s best film as a director and one of the all-time great revisionist Westerns. No one’s a hero, and every death is a tragedy—which only adds to the impact of the bloody, sloppy, wonderfully orchestrated gunfights.

All three films in Peter Jackson’s stunning adaptation of Tolkien’s trilogy are notable, but you have to start with the first one. The acting and script are superb, but the level of detail in world creation is truly transcendent. The making of documentaries, which give you a tour through the practical effects, are as stunning as the movies themselves.

The Coen Brothers’ adaptation of Cormac McCarthy’s novel is arguably their most brutal movie. What starts as a heist with the accidental find of ill-gotten gains turns into a grim Western slasher as hitman Anton Chigurh (Javier Bardem) slowly and methodically kills everyone else on screen. Some action movies are fun; some get the heart-pumping; this one is meant to grind you down.

Tarantino’s gleeful tribute to Hollywood war movies with their high Nazi body count is also a gleeful interrogation of the relationship between fascism and the pleasure we get in watching movies that rack up the body count. The scene of Hitler chortling as he watches a filmed slaughter is a highlight; so is the scene in which Jewish soldiers machine-gun Hitler to death.

Charlize Theron plays icier-than-Bond triple agent Lorraine Broughton embedded in the moral murk of Cold War Berlin. The plot starts obscure and heads for silly, but who cares amidst the steamy intimate scenes and acrobatically visceral fights, which, thanks to stunt coordinator Sam Hargrave, actually rival classic Hong Kong choreography in their impact and inventiveness.

Action movies in general and the Marvel Cinematic Universe tend to center on white male saviors as the action heroes who swoop in to save the globe for everyone else. Ryan Coogler’s epic vision of an Afro-futurist utopia exhilaratingly inverts the paradigm, imagining Black heroes, warriors, and super-scientists at the center of the world’s story. Wakanda’s lovingly detailed design gives the movie a truly epic feel that hasn’t yet been matched in the MCU.

Blumhouse studio’s scuzzy, downbeat answer to the superhero genre. After being crippled, mechanic Grey Trace (Logan Marshall-Green) gains superpowers from a cybernetic chip called STEM. STEM has an agenda of its own, though, and the viewing audience, like Grey, watches horrified as the computer seizes control of the action movie plot for its own purposes. Usually, action films give you a feeling of empowerment. But here you’re along for the ride as the body count mounts, unable to stop the bloody carnage being committed on your behalf.

Robert Eggers Viking’s adaptation of Hamlet features stunning icy visuals and fight scenes where you can hear the bones crunch. Alexander Skarsgård’s abs are virtually a character in themselves, and in the final battle on a volcanic landscape, thews heave and clash like lava flows. A beautiful dream of violence.

The last films I took off the list were Bonnie and Clyde and The Wrath of Khan. But obviously, tons of others could find a place here, from Die Hard to The Godfather to Mr. and Mrs. Smith.  Everyone knows that no bonds, whether list or handcuffs, can contain those action movie stars with all their muscles.

More Articles from the Wealth of Geeks Network:

This article was produced and syndicated by Wealth of Geeks.

Noah Berlatsky is a freelance writer based in Chicago. His book, Wonder Woman: Bondage and Feminism in the Marston/Peter Comics was published by Rutgers University Press. He thinks the Adam West Batman is the best Batman, darn it.

Make the Most of an Employee’s Market in 2022

What lessons today’s investors can learn from the collapse of the Roman Empire?

What lessons today’s investors can learn from the collapse of the Roman Empire?